A more sustainable city thanks to e-scooters? The results from our last feedback survey to explore more closely the impact of e-scooters on citizens’ mobility choices give an indication that the answer to this question should be “yes”. Let us convince you by sharing our discoveries from the survey. 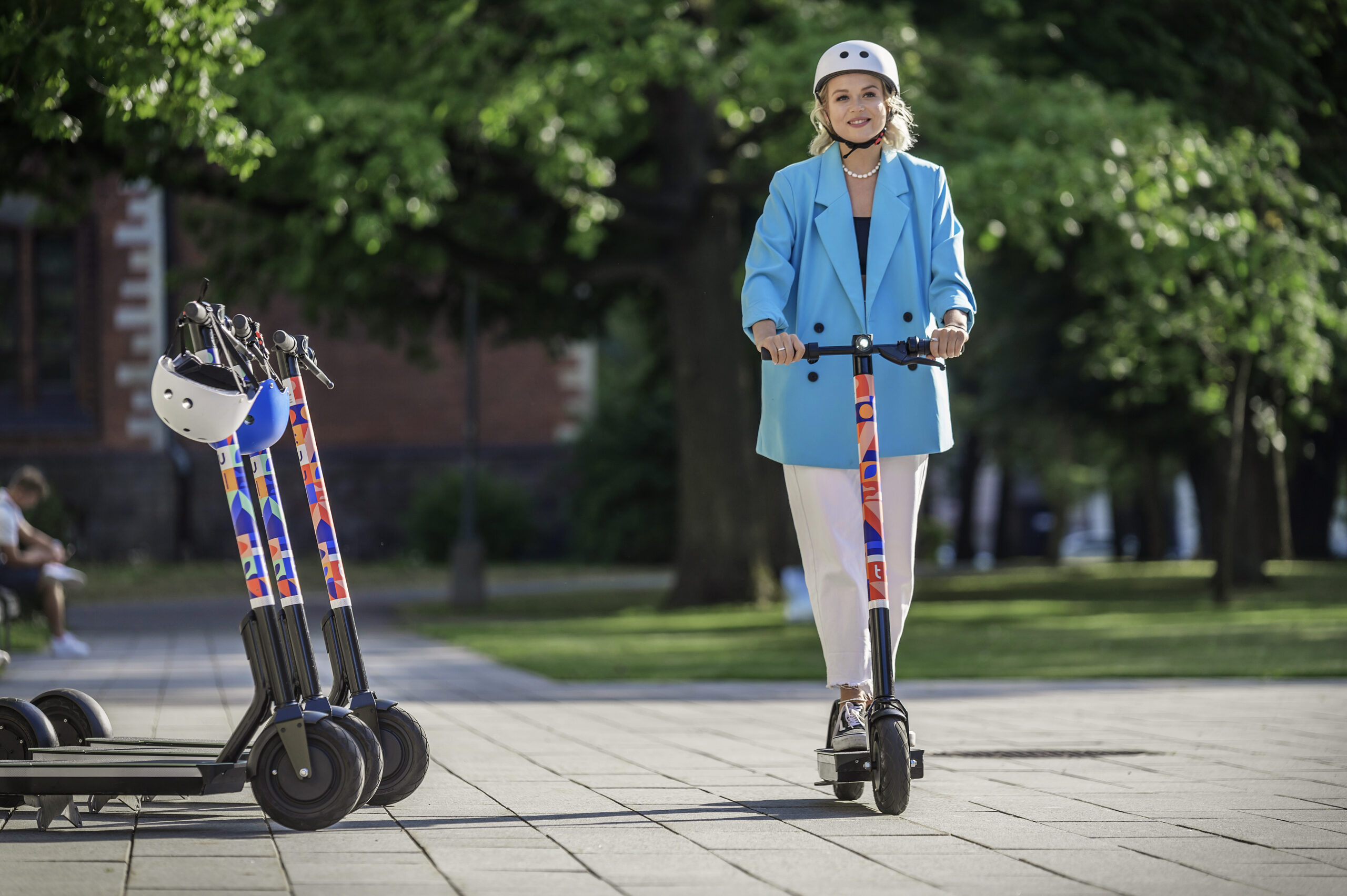 Scooters as an environmentally friendly alternative to cars

One of the main goals was to find out how much riding a scooter has affected car usage. Is an e-scooter really an alternative to riding a car? The results quite agree as more than 43% of those who took part in our survey answered that they primarily use a scooter instead of driving a private car. That’s more than every third respondent! In addition, there was a tenth of people use e-scooter instead of a taxi.

The survey showed that there is a considerable number of people for whom the scooter is one of the main means of transport. As many as 15% of Estonian respondents and 18% of Latvian respondents ride a scooter several times a day and in both countries nearly 30% at least a few times a week, which makes the scooter one of the most frequent means of transportation for them. 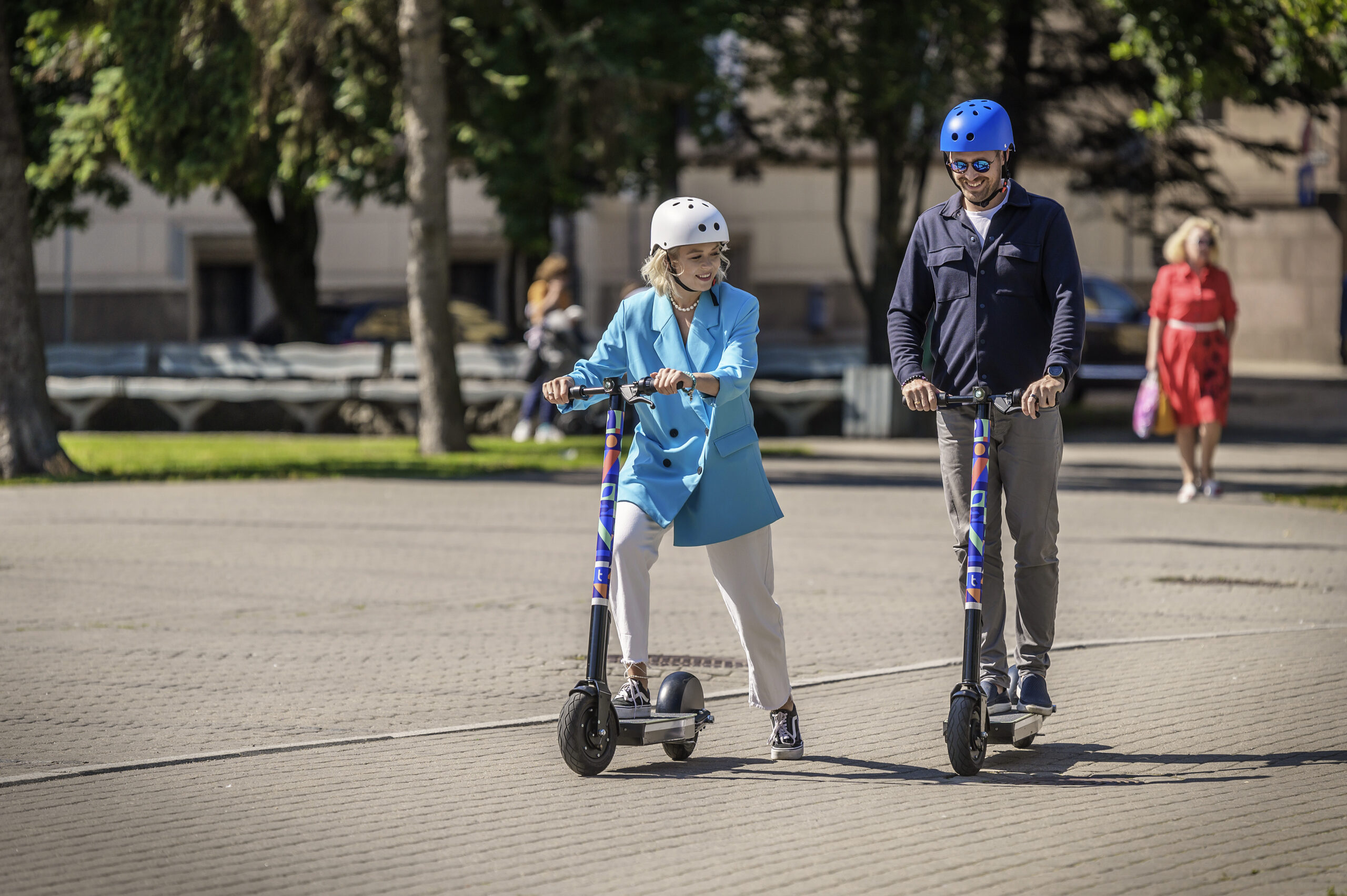 A summertime fun vehicle or a real means of transport?

The opinion that a scooter is only for summer fun rides often has stuck since the old days and we want to argue against it. The survey showed that scooters are not only used in the summertime and are often used for daily commuting, meeting friends, and going to events besides fun rides.

45% of the respondents pointed out that they use Tuul primarily for daily commutes to work and back, which means fewer rush hour traffic jams in the cities. See the distribution of trips in more detail in the diagram. 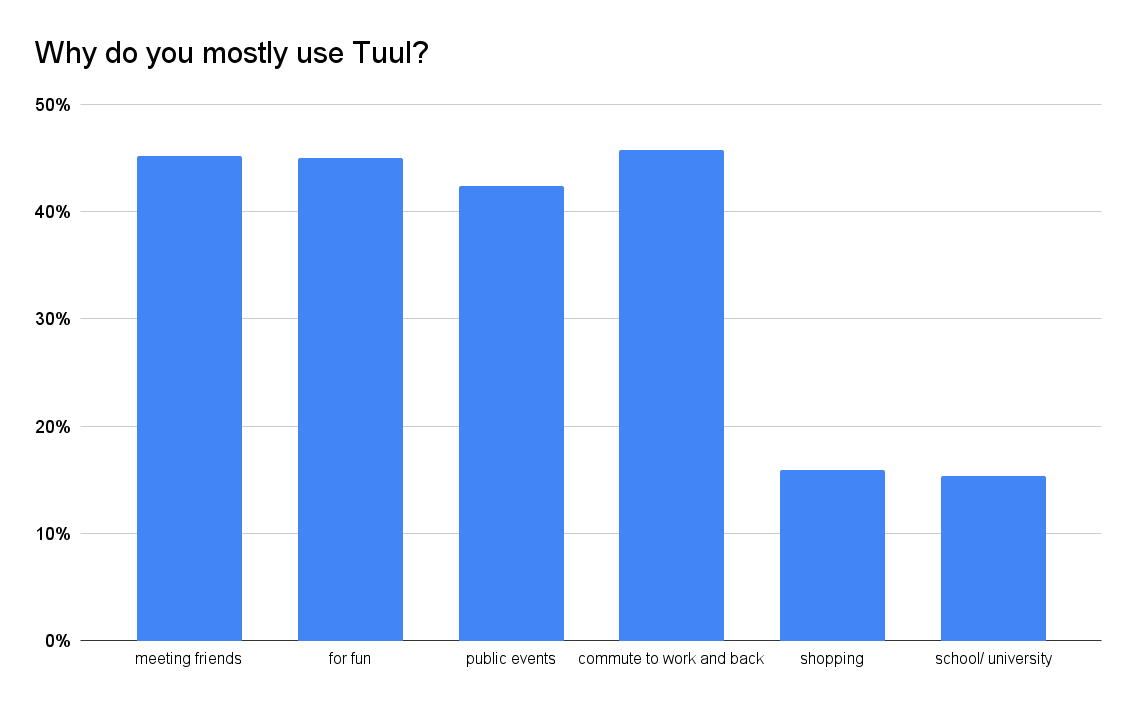 What influences choosing an e-scooter over other transport modes?

In the survey, we also explored what is the logic behind people’s choice of mode of transport. Quite expectedly, it turned out that choosing a scooter over other means of transport is most influenced by the weather (for 55%), which is a very logical factor in our latitude and, unfortunately, a factor beyond our control.

The following factors such as scooter availability, price, and infrastructure tend to have quite equal importance according to the survey, and these are in our hands to change. Also, we were happy to discover that people care about the sustainability of e-scooters. So to sum up the question: an average person is quite practical when making mobility choices, but also has a sense of mission.